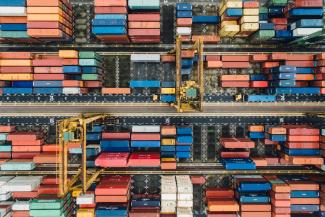 After months of relative quiet, the trade war between the U.S. and China has erupted again in a big way. The markets are the most immediate casualty, with the Dow plunging over 600 points on Monday alone.1 In all likelihood, you’re probably more focused on things like spring cleaning, your upcoming summer plans, and the end of Game of Thrones. My job in this letter is to briefly explain what’s going on, what matters, what doesn’t, and why you can go back to focusing on those other things.

So, here’s what’s going on: Failed deals lead to new tariffs You may have noticed that headlines about the trade war had been rather muted in 2019. That’s because negotiators for both nations had been quietly working behind the scenes to come to an agreement on how to address the $375 billion trade deficit the U.S. has with China. The White House expressed optimism that a deal was close – until a sudden hardening of positions prompted both sides to retreat to their corners. On Friday, May 10, President Trump raised the stakes by placing 25% tariffs on all Chinese imports that had previously been spared. Here’s how the U.S. trade representative put it: “[The President has]...ordered us to begin the process of raising tariffs on essentially all remaining imports from China, which are valued at approximately $300 billion.”2 Throughout this trade war, it has seemed like both countries are waiting for the other to blink first. Both are still waiting. For on Monday, May 13, China announced it would raise tariffs on $60 billion in U.S. goods, some up to as much as 25%.3 Why all this matters to the markets You’ve heard, of course, of the principle of cause and effect. If one thing happens, something else is affected. Fail to brush your teeth and you get cavities. Leave meat out of the refrigerator too long and it will spoil. You get the idea. Investors, analysts, money managers, and traders who participate in the markets on a daily basis make decisions based on cause and effect. How tariffs impact certain companies is a perfect example of this. For instance, imagine a fictional American company called Widgets n’ Stuff, or WNS for short. In order to make its widgets, WNS buys thingamajigs from China. But thanks to tariffs, the price of importing thingamajigs goes up. Investors know this, and thanks to the principle of cause and effect, predict it will have a negative impact on WNS’s finances. Maybe they’ll have to raise prices on their own widgets to make up the difference. Maybe they’ll have to produce fewer widgets. You get the idea.

So, investors sell stock in Widgets n’ Stuff because it no longer looks like an attractive investment. Like them or not, tariffs act as a double-edged sword that affect companies and consumers on both sides of the Pacific. On the American side, China’s tariffs can make it harder for U.S. companies to sell their goods to Chinese consumers. At the same time, American tariffs can make it harder for U.S. companies to import the goods they need for their own products. Either way, prices go up, corporate finances suffer, and consumers are often the ones left to foot the bill. That’s why the markets care about the trade war. But here’s why all this doesn’t matter to us – yet The principle of cause and effect is important, but it’s more important to short-term traders than long- term investors like us. That’s because we don’t actually know what the long-term effects are yet. We can guess, but guessing isn’t really a viable strategy in life, is it? Think of it this way. Let’s say you come down with a fever. The short-term effect is that you probably don’t feel very good. But the long-term effect isn’t yet known. Perhaps it’s just a symptom of a mild cold that will pass in a few days – and that’s why we don’t immediately start chugging antibiotics the moment we feel sick. While it’s never fun, the markets have fallen after almost every round of tariffs to date. Each time, the markets absorbed the blow, and then rebounded relatively quickly. Previous trade war battles faded into the background and investors turned their attention to other things. Will that happen again this time? We don’t know. And that’s the point: We don’t know what the long-term effects are. What’s more, with the markets having enjoyed a remarkable bull market in recent years, we can afford to be patient. What we can’t afford is to make important decisions by guessing at the long-term effects of these tariffs.

Hippocrates once wrote that, “To do nothing is sometimes the best remedy.” For that reason, it’s okay for you to go back to planning your summer vacation or betting which character will die next on Game of Thrones. In the meantime, my team and I will continue monitoring all the causes and effects in the markets. If, at some point, we have a better understanding of the long-term effects of this trade war, we’ll make decisions accordingly. As always, please let me know if you have any questions or concerns. I’m always happy to speak to you!